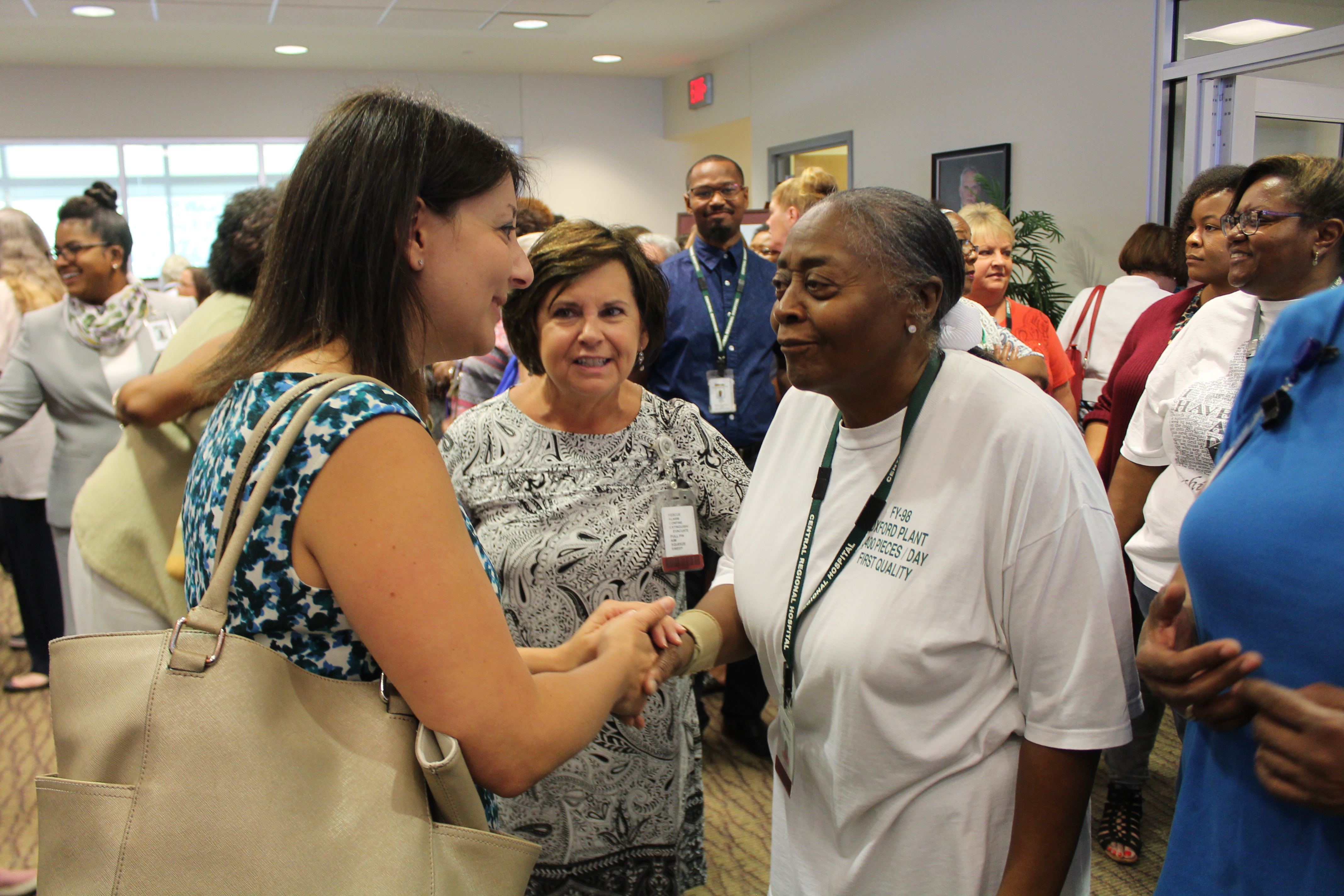 July 26, 2018 – After 15,600 patients, a decade of hard work and no grand opening, the staff of Central Regional Hospital (CRH) were due a celebration.

On Thursday, July 19, DHHS leaders gathered in Butner with current and former hospital CEOs, medical and clinical staff to recognize the work of the hospital’s 1,850 employees since the first patients entered the facility in 2008.

The 10th anniversary gathering was part of a weeklong observance that included a scavenger hunt, a trivia contest, food and refreshments, all covered by fundraising events held by hospital staff over the past several months.

DHHS Secretary Mandy Cohen, MD, addressed a room full of hospital leaders that included former CEOs and guests, and spoke of the important work of the staff, who care for some of North Carolina’s most vulnerable citizens. 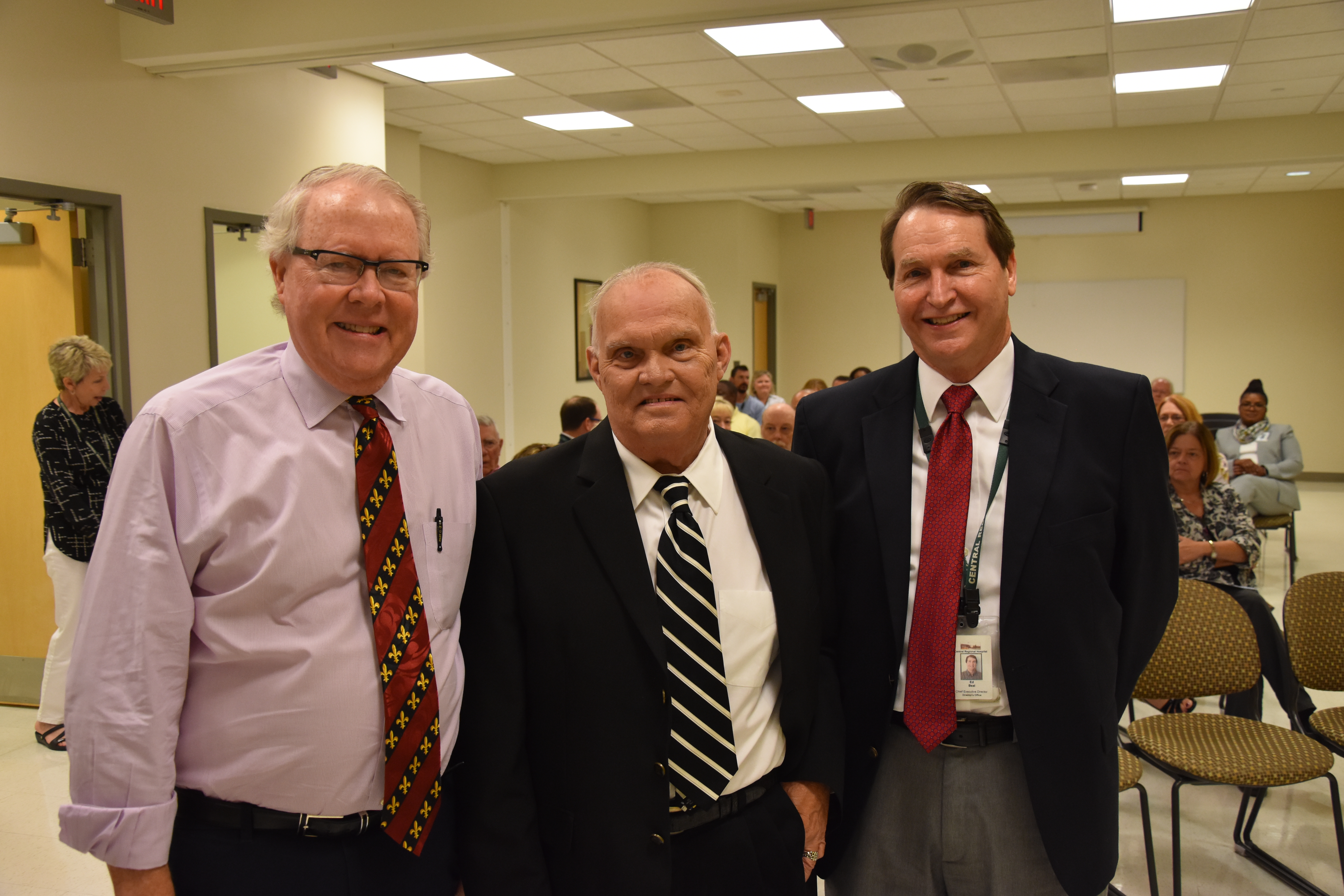 “We know many of our patients arrive here not by choice,” Cohen said. “They’re struggling. They’re frightened. They’re away from their family and friends and their known environment. As a team, you’re making sure those patients receive quality care in a safe environment. And when someone is ready to go home, which is great, you make sure they transition successfully back into their community.”

“Working at a psychiatric hospital is difficult work,” Beal said. “Employees work here because they want to help others.”

Hospital leaders discussed the challenges 10 years ago of combining the staffs of two psychiatric hospitals, Dorothea Dix in Raleigh and John Umstead in Butner, which were combined to form CRH. Employees from both hospitals were guaranteed jobs at CRH, which serves 25 counties in central North Carolina. 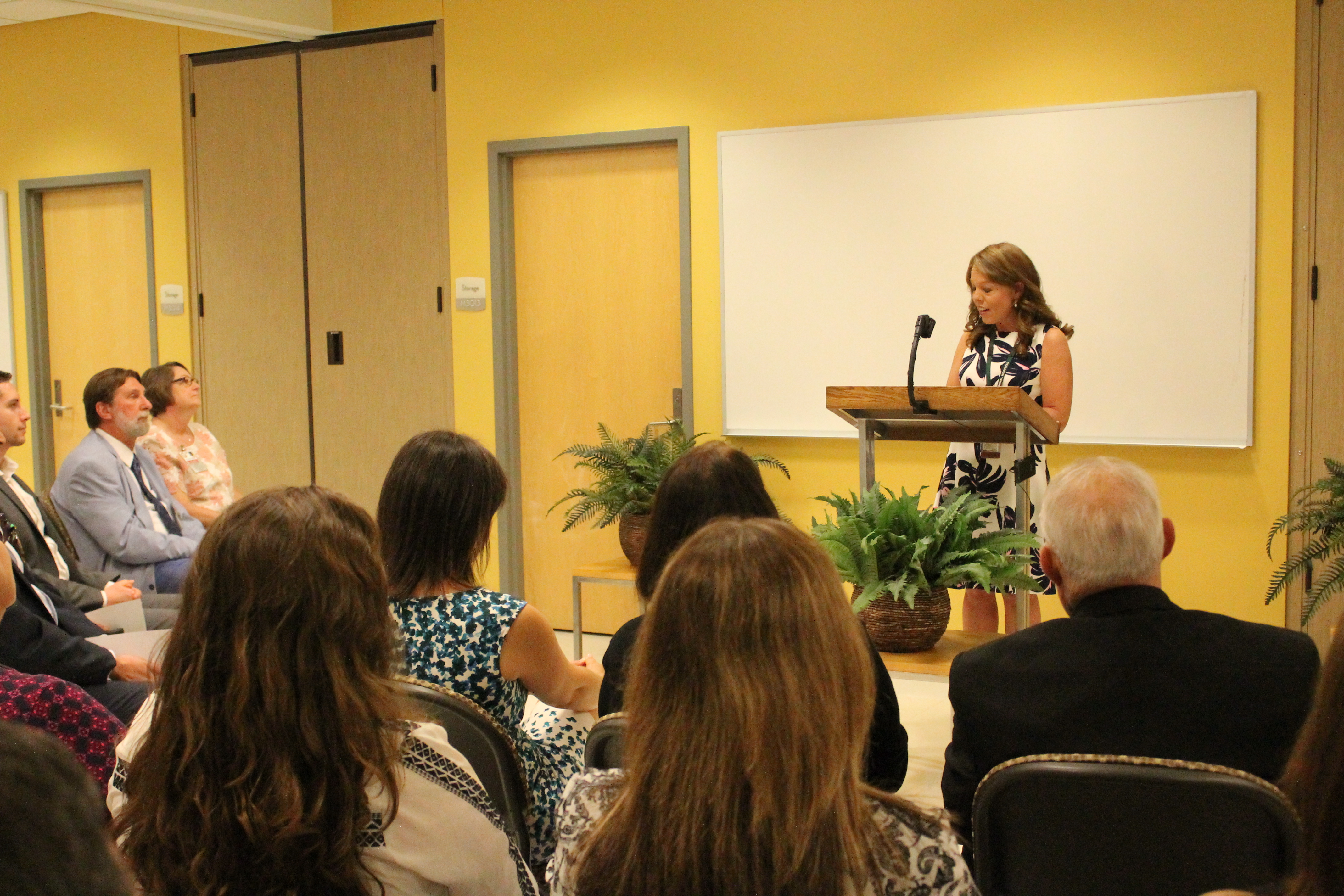 And 10 years later, many of those original employees are still there. When Division of State Operated Healthcare Facilities Assistant Director Laura White asked who had been there since the beginning, more than half of those staff leaders in attendance raised their hands.

Displays of old photos and plans from both the early days of Dix and Umstead hospitals, in addition to photos of CRH under construction, adorned the gathering area outside the conference room where the anniversary ceremony was held.

The sleek, modern hospital facility has improved care for patients, but it pales in comparison to the contributions of the staff, both clinical and operational, who work within its halls, said Dr. Stephen Oxley, who served as Chief Medical Officer from CRH’s opening until 2017. 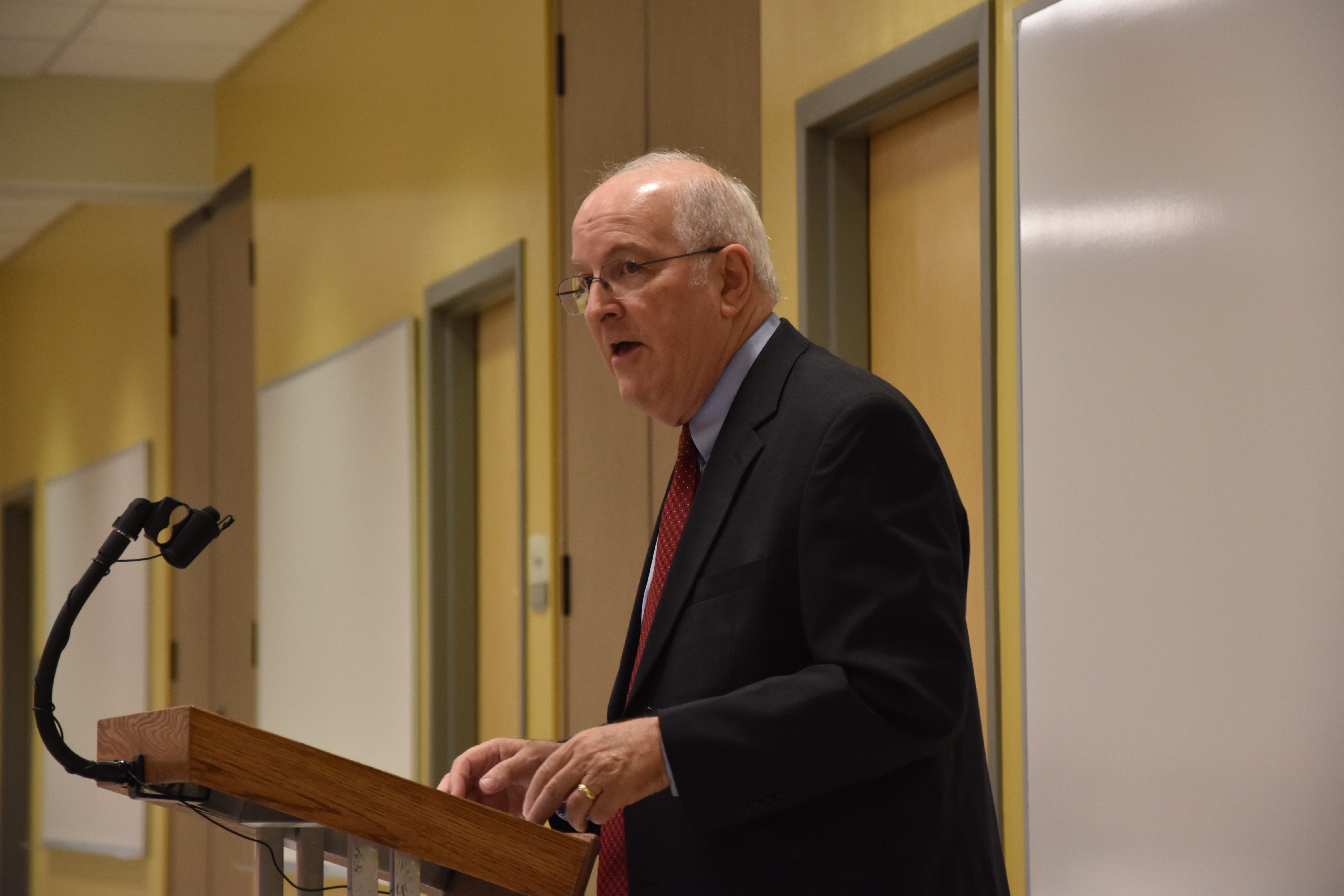 “This new building was a great improvement of the old facility, but a building doesn’t make a healing environment,” said Oxley. “When the talented people of both hospitals joined together in a common mission, they created a very special place where the very ill citizens of North Carolina are cared for and cared about and receive the best mental health treatment available.”

Laura White discussed how CRH has become a leader among the DSOHF system. She noted how the patient moving plans used in the transition from Dix and Umstead to CRH were successfully used by Cherry Hospital in Goldsboro when they moved and will be used by Broughton Hospital in Morganton when their new facility opens.

Former CEO J. Michael Hennike discussed other accomplishments, including the hospital’s elimination of mechanical restraints, reduction of the use of seclusion and empowerment of direct care staff, including changing their titles from health care technician to therapeutic support specialists to better reflect the wider scope of their work. 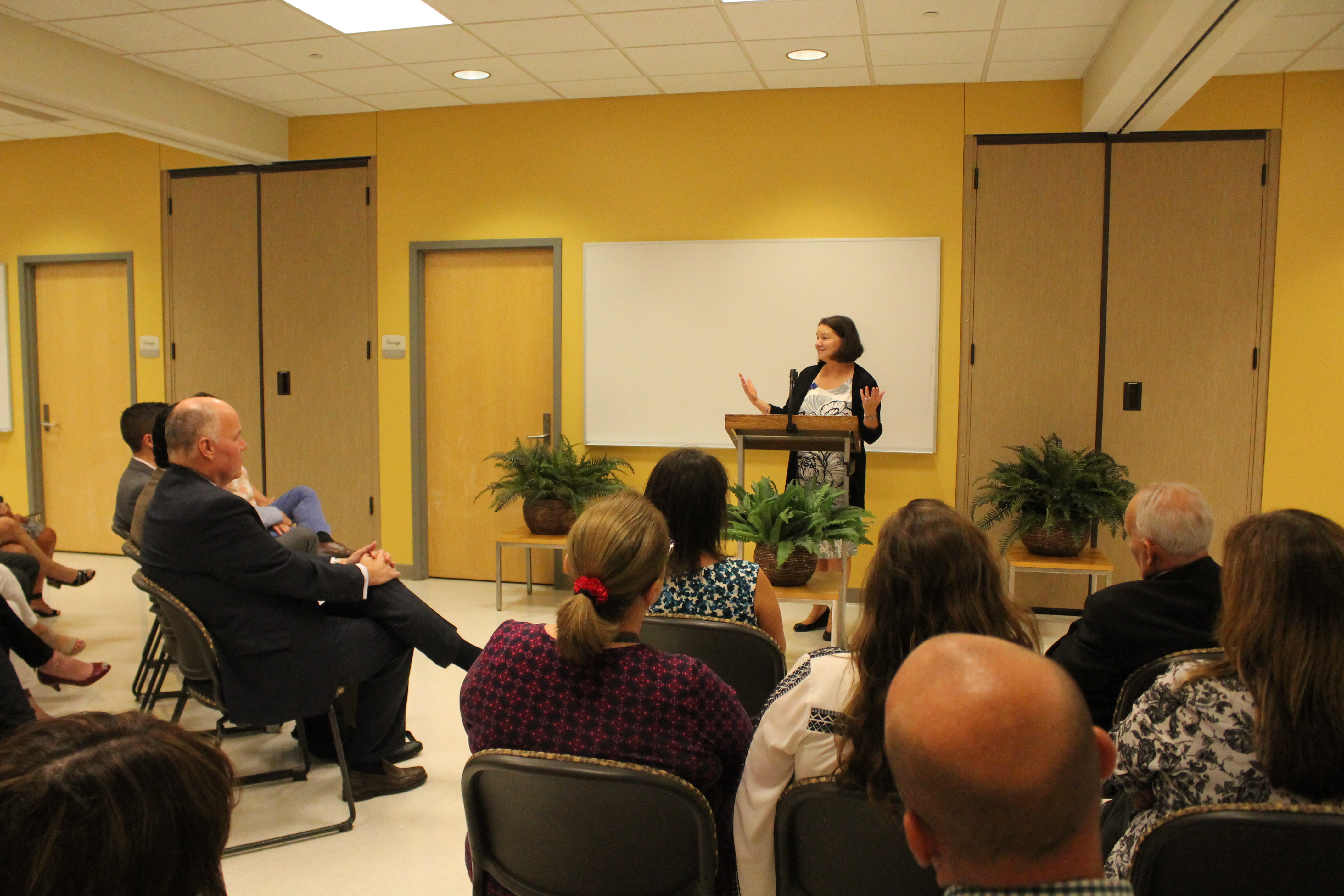 Other accomplishments for the hospital include:

As the hospital continues to evolve and implement changes and improvements in both facilities and care management, hospital staff will continue to lead the way.