June 30, 2017 — As the Opioid Misuse & Overdose Prevention Summit drew to a close Wednesday, participants took time to reflect on the two-day event that focused on engaging and educating the audience of more than 550 community leaders, teachers, first responders, social workers and healthcare workers on the opioid crisis in North Carolina.

Governor Roy Cooper and Department of Health and Human Services Secretary Mandy Cohen, M.D., kicked off the summit Tuesday morning and announced North Carolina’s Opioid Action Plan. The plan is a living document that will be updated as progress is made on the opioid epidemic, and new issues and solutions arise.

“I am thoroughly impressed at the turnout. It’s impressive the amount of support that a summit like this is getting,” said Kurtis Taylor, Outreach Coordinator/Reentry Coordinator, Oxford House Inc.

Fred McClure, President of the North Carolina Association of County Commissioners, had praise for the summit. “I think this has been very productive,” he said. “The panel on recovery was excellent. We need to be able to see what recovery looks like.”

The goals of the summit were to: 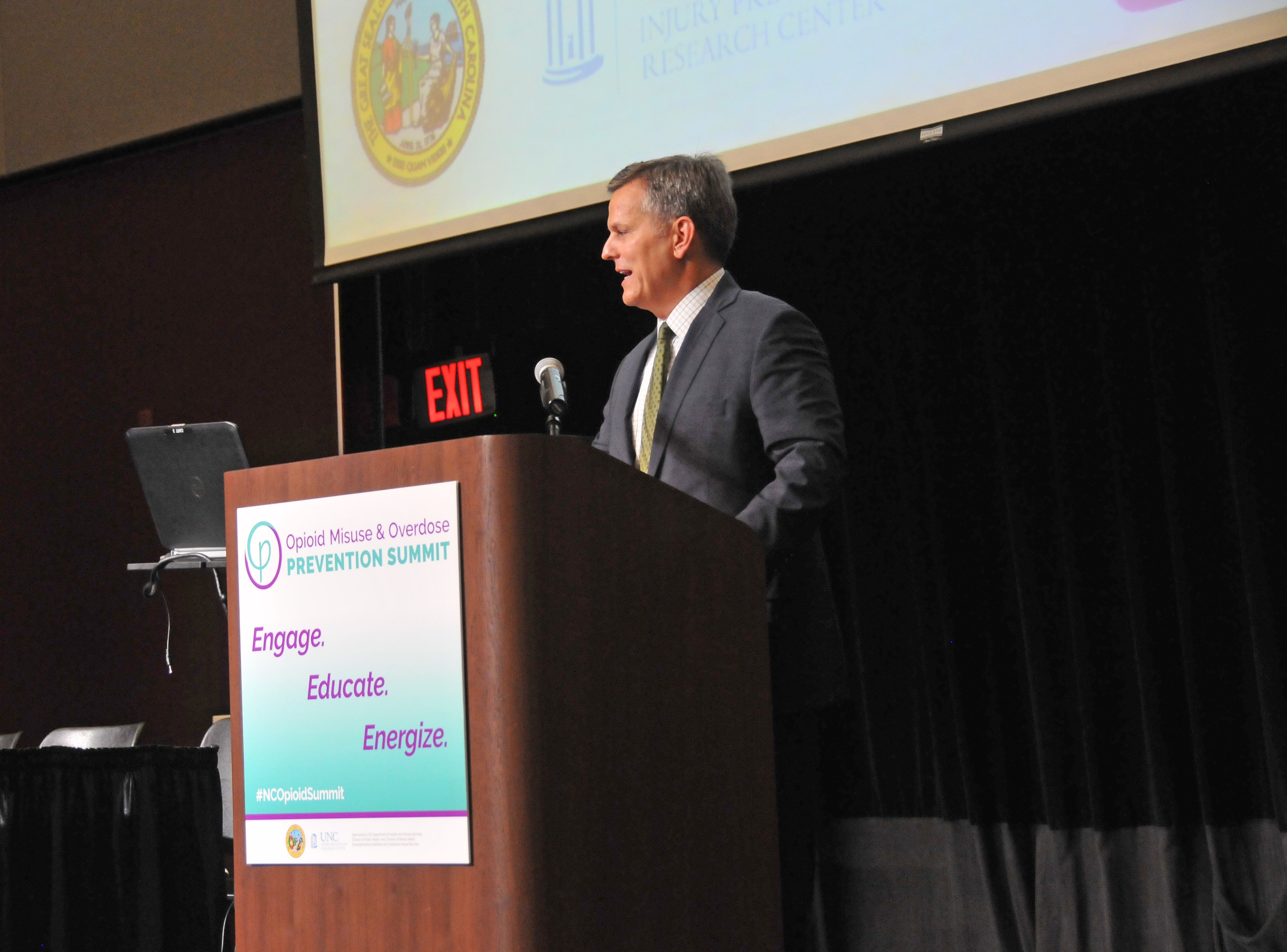 Governor Cooper opened the summit explaining the urgency and importance of needing to turn the tide on the opioid crisis. Secretary Cohen followed speaking about progress which has been made and sharing details of the Opioid Action Plan. Attorney General Josh Stein opened the second day of the conference talking about the complexity of the opioid epidemic and the different aspects needed around prevention, treatment and law enforcement efforts.

“This conference has been terrific,” said Robin Huffman, Executive Director, North Carolina Psychiatric Association. “If we pull everybody together, we come up with good solutions.”

More information about the Opioid Action Plan is available at ncdhhs.gov/opioids.