Jan. 18, 2018 — Chris Hoke, Chief of the Division of Public Health’s Office of Regulatory and Legal Affairs, was presented the Ronald H. Levine Legacy Award on Jan. 18 during the statewide Public Health Leaders’ Conference in Raleigh.

In making the presentation, DPH Director Danny Staley noted that Hoke drafted the public health laws by which the Public Health systems operate. Hoke has served in the division since 1980. Staley described Hoke as exemplifying public health on a local, state and national level, and described him as a “key founder of the concept of public health law at the CDC” -- the federal Centers for Disease Control.

During the presentation, Staley also read a letter of congratulations and appreciation from Governor Roy Cooper. “You are an inspiration, Chris,” Staley quoted from the letter. “Thank you for your long-time help and friendship.”

Hoke worked alongside the award’s namesake when Dr. Levine served as state health director from 1981 to 1998. 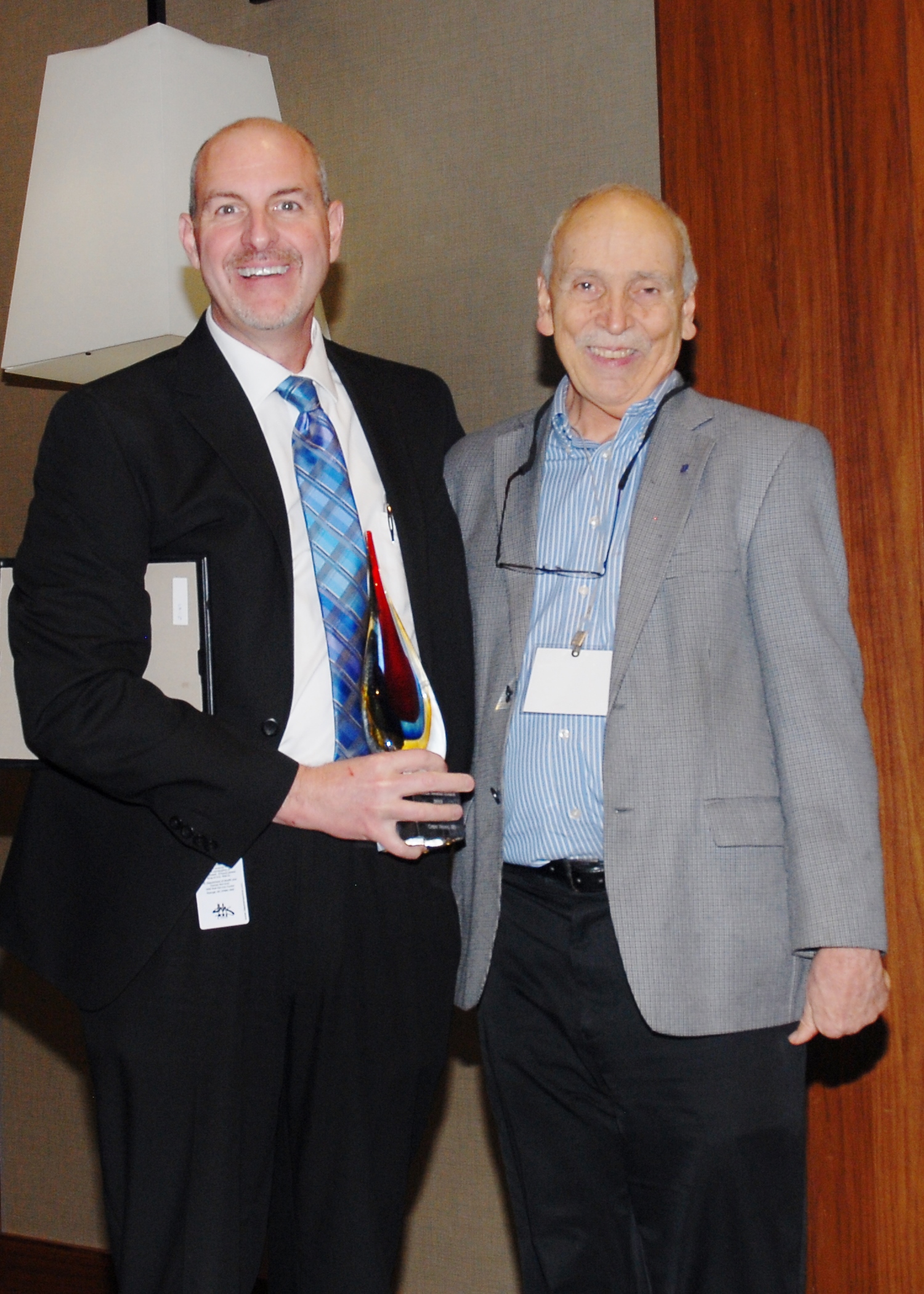 Hoke said he was surprised by the recognition and offered brief comments as he accepted the award.

“Any successes that I’ve had in my career were when public health colleagues decided they wanted to do something really hard, really risky, and it was something that wasn’t going to be easy and probably was going to end up in failure a number of times before it finally was a success,” he said. “So I look to you and say thank you for letting me tag along and be a small part of some of the incredible successes you’ve had over my long career.”

The Public Health Leaders’ Conference is a collaboration with DPH, local health departments and other public health partners to improve public health and public health systems in North Carolina and ensure engagement across multiple focuses on national and local efforts.