Nakaya Leviner dances while Kaya Littleturtle at the podium performs a native song.

Along with DHHS staff, Secretary Mandy Cohen was joined by NC Department of Administration Commission of Indian Affairs Executive Director Greg Richardson, Quinn West Godwin of Governor Roy Cooper's Office and David Locklear, Deputy Director of Economic and Family Services at the Division of Social Services and the organizer of the event.

“I’m so proud that we are recognizing our fellow employees and the people that we serve,” Secretary Cohen said, noting this was the first time the Department was holding such an event commemorating Native American Heritage Month. 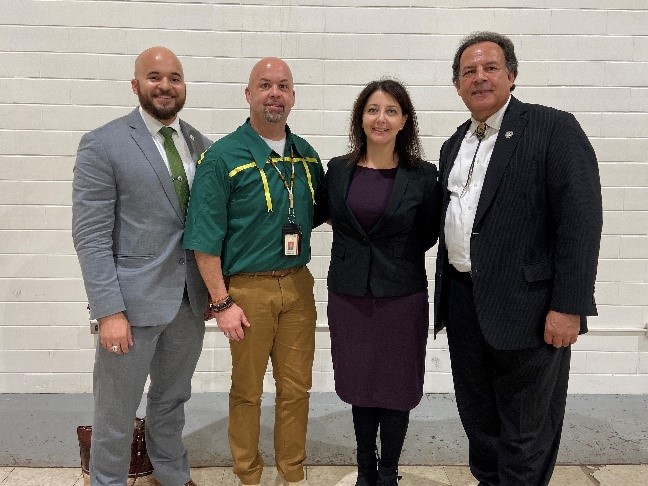 From left to right, Godwin, Locklear, Secretary Cohen and Richardson. 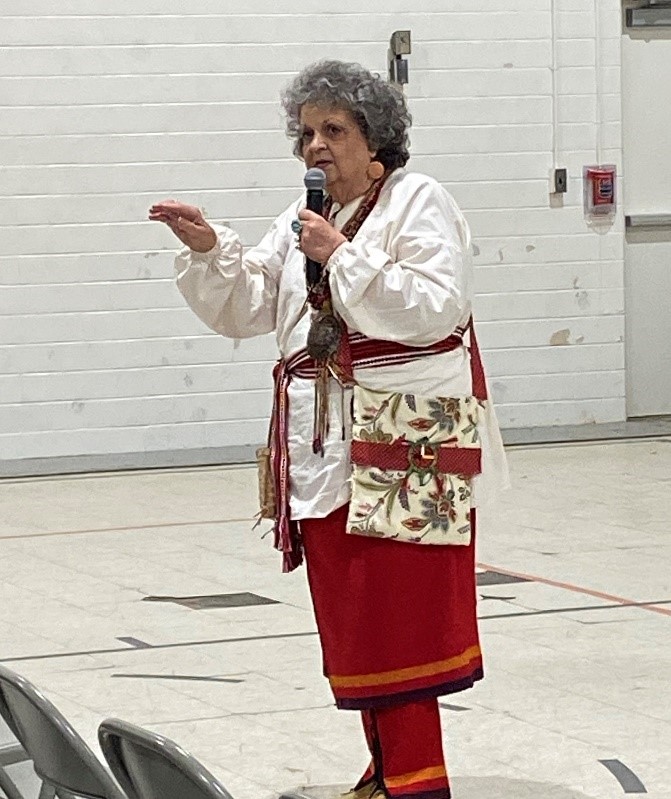 In the tradition of Native American storytelling, Kat Littleturtle tells the audience a story about a woman who led a tribe to a battle victory.

A few ways to learn more about the Native American experience: